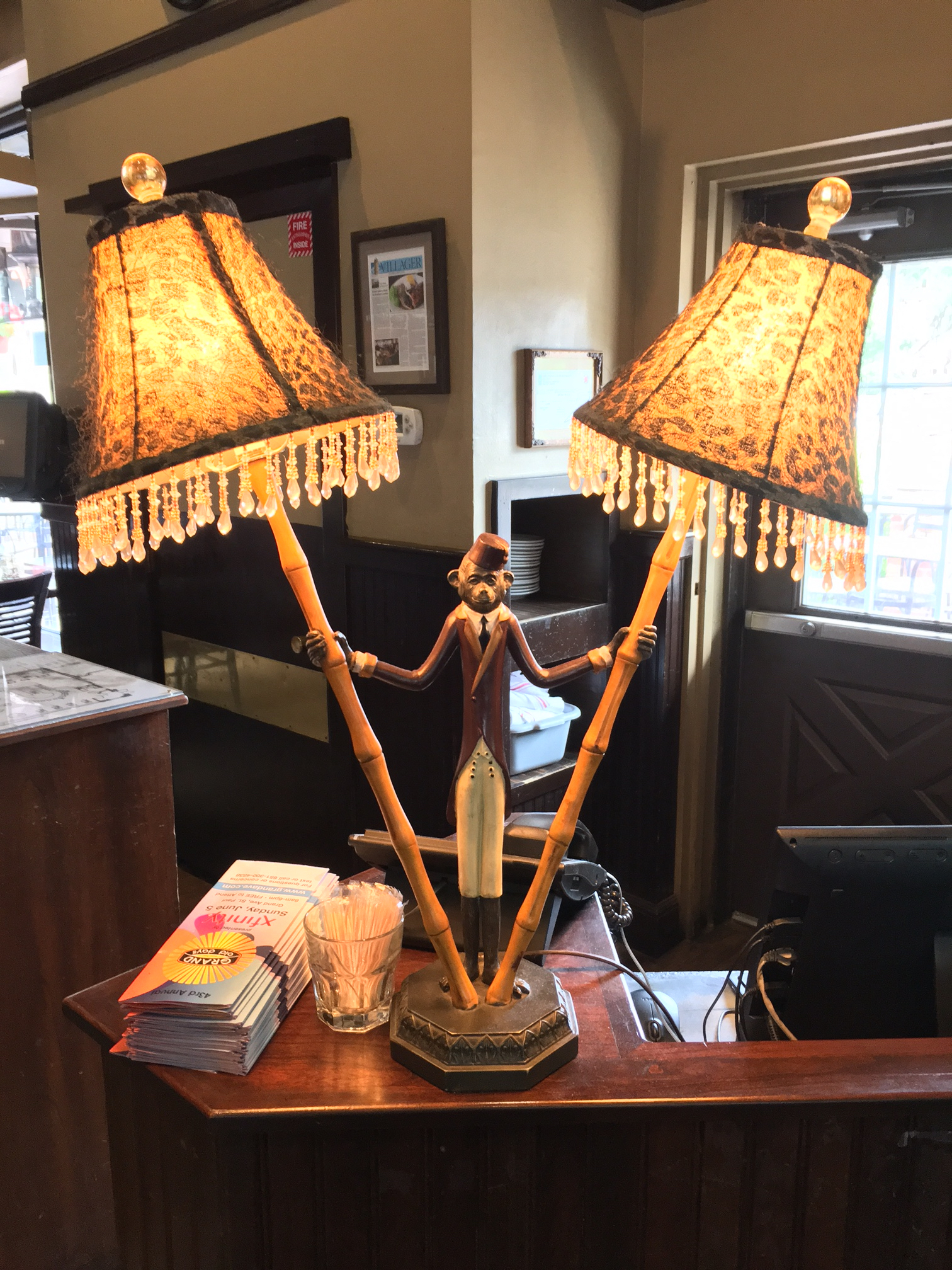 This monkey looks societal pressures right in the eyes, smirks and then gives it the double “long bamboo stick,” if you know what I mean. 😉  😉  Conventional wisdom says a tall, skinny monkey should avoid a one-button blazer —unless he is wearing a vest.  Dual Lamp Shade Monkey has so much confidence and presence that he made the decision 70 years ago to wear a one-button blazer despite being tall, and he is probably the trend-setter responsible for that style making a comeback in recent years.  Normally, the tall skinny guys wear at least 3 buttons.  The matching hat is a nice touch and I hope that makes a comeback soon, as well.

It kind of look like he’s wearing a monkey-vest under his blazer, doesn’t it?

Some of you may argue that if you look closely directly underneath the bottom of the blazer, the top two buttons on the white material clearly imply the presence of a vest underneath the blazer and that this monkey is much less daring than I have credited him.  The counter-argument to that line of thinking is that when wearing a blazer, the most critical portion of the vest is the part that shows above the blazer-button line and below the neck-line.  No vest showing up there, so that comment is moot, regardless of the 2 buttons below the blazer possibly signifying a vest or more likely a fashion-foward, untucked, cool monkey shirt of some sort.  Probably an early version of John Varvatos.

Monkey Holding Dual Lamp Shades was sent to us from a reader in Minnesota.  (We are killing it in MN!)  The pic is from Dixie’s on Grand Ave., in St. Paul.   http://www.dixiesongrand.com/